The Networking Made Easy event hosted by Study Geelong was recently held at the very vibrant, yet rustic, Beav’s Bar located in the Geelong CBD for international students belonging to different institutions throughout Geelong. There were some familiar faces from the previous social events but the vast majority were new, fresh and excited attendees. The event served as an ice breaker for the international students to learn new social skills and to go through dos and don’ts of a semi-formal but professional gathering in order to make networking a purposeful and enjoyable experience. This can be quite daunting for anyone coming from a different country and stepping into new surroundings.

With the workshop being conducted on a Thursday evening, with the end of the week for the students to look forward to. Coupled with being facilitated by Liz Grant, Creative Director at ‘What your Customer Wants’ who had a very charismatic way of delivering the information, the whole event had a very relaxed and laid back vibe to it.  This made it all the more easier for the attendees to follow the tips beingprovided by Liz and to understand the phenomenon of networking.

The event started off with the attendees given some time to casually interact with one another over an array of snacks and drinks, so as to get everybody comfortable and settled in, and so that their minds didn’t wander off on an empty stomach.

With a warm welcome and introduction given to Liz, the activities were on their way. Liz started the presentation with powerful quotes from inspirational figures, such as Robert Kiyosaki and Maya Angelou, which boosted the morale of the entire room. She explained that before diving into the activity of networking, the things that needed to be kept in mind were firstly, identify the places and types of gatherings that you can go to for networking, such as seminars, workshops, social events etc. and secondly, the intention of seeking respect and not attention, when attending such events, should be foremost in your mind.

Liz spoke to the attendees about the basics of how to introduce themselves, how to present themselves and what questions to ask in order to keep the ball rolling. She also threw in some extra nuggets of tips and tricks for remembering the name of someone new during a conversation after having met them for the first time. But, as we all know that ‘actions speak louder than words’, Liz asked for some volunteers from the crowd to assist her in demonstrating all the information that she had delivered in the form of a role-play so that everything became clearer.

After the role-play demonstration, it was time for a social activity. The attendees were given ten minutes and were asked to form groups of three and put all the information to use. Next we covered the essentials about how to interact with a group, focusing on handy manoeuvres that can be used to either get in a group or move out of a group and also how to deal with any situation where things might start to get awkward. 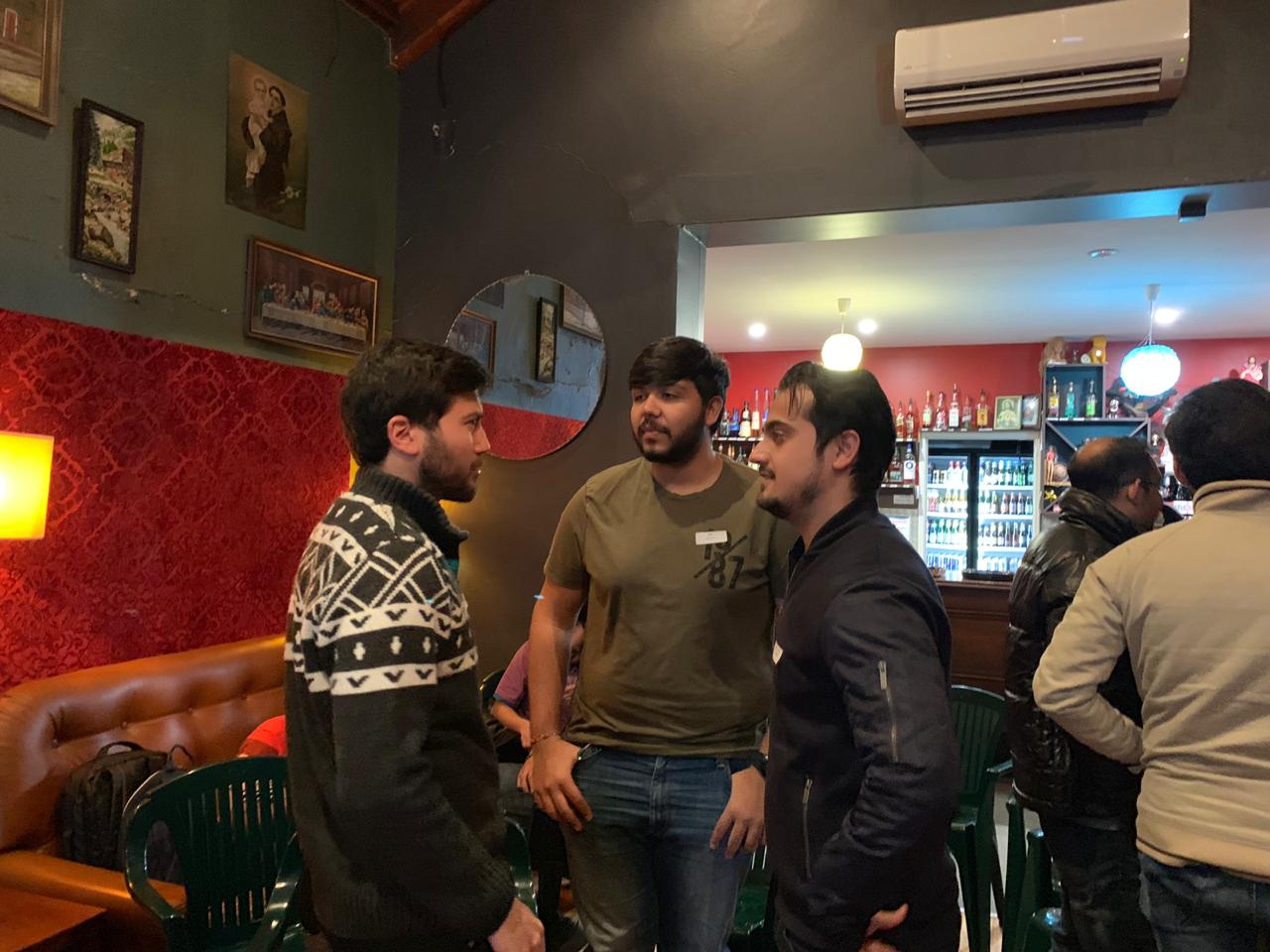 Liz again called for some volunteers to act out scenarios and then it was time for yet another activity. The attendees were still given ten minutes but this time were advised to go and introduce themselves to someone new and to put the skill of dealing with groups to test. Everyone had a great time getting out of their comfort zone and meeting new people along the way.

Like a master planner, in order to wrap up the event, Liz imparted the attendees with some final titbits about how to end the conversation with someone at a networking event so that when you leave, you leave with more confidence and a sense of accomplishment.

The attendees graced Liz with a round of applause at the end of the presentation, indicating their level of appreciation for the whole experience. The Study Geelong student ambassadors put up a final activity where the attendees were asked to mark their feedback about the event on a chart before leaving. The feedback received from all the participants was very positive.

Resources about networking are available on the Study Geelong Student Resource page here.