Year after year, Geelong has never stopped surprising its citizens with amazing lighting decorations, theatrical performances and overhauling its central business district with astonishing artwork. “Geelong After Dark”, is one of Geelong’s longest running events that does not have to burden itself with self-promotion. 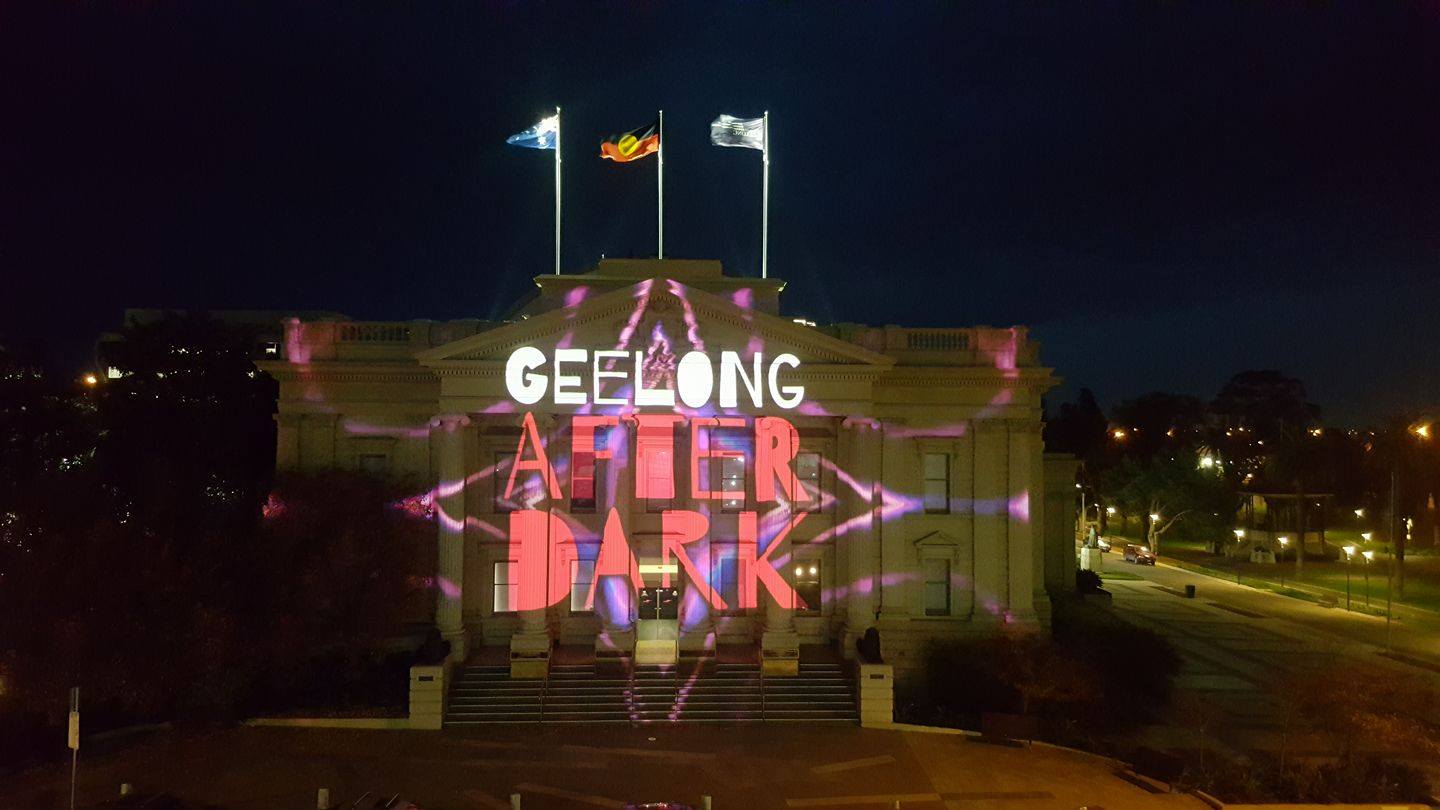 The annual event was hosted on 4th of May this year when I got the honor of attending it for the first time with three of my close mates. We parked our car near Deakin University and merged in with the rest of the crowd at seven in the evening. The streets were swarming with a variety of cultural artists demonstrating their talents in an outstanding fashion.

We started off with Moorabool Street, where we had the chance of meeting the dark knight himself standing hand to hand with his arch nemesis “The Joker”. It was fun hanging out and taking heaps of pictures with them since they never for even a second came out of the character they were playing. After that we quickly gathered around a band that was playing this incredibly catchy song, which for some reason hyped us up for the rest of the event. 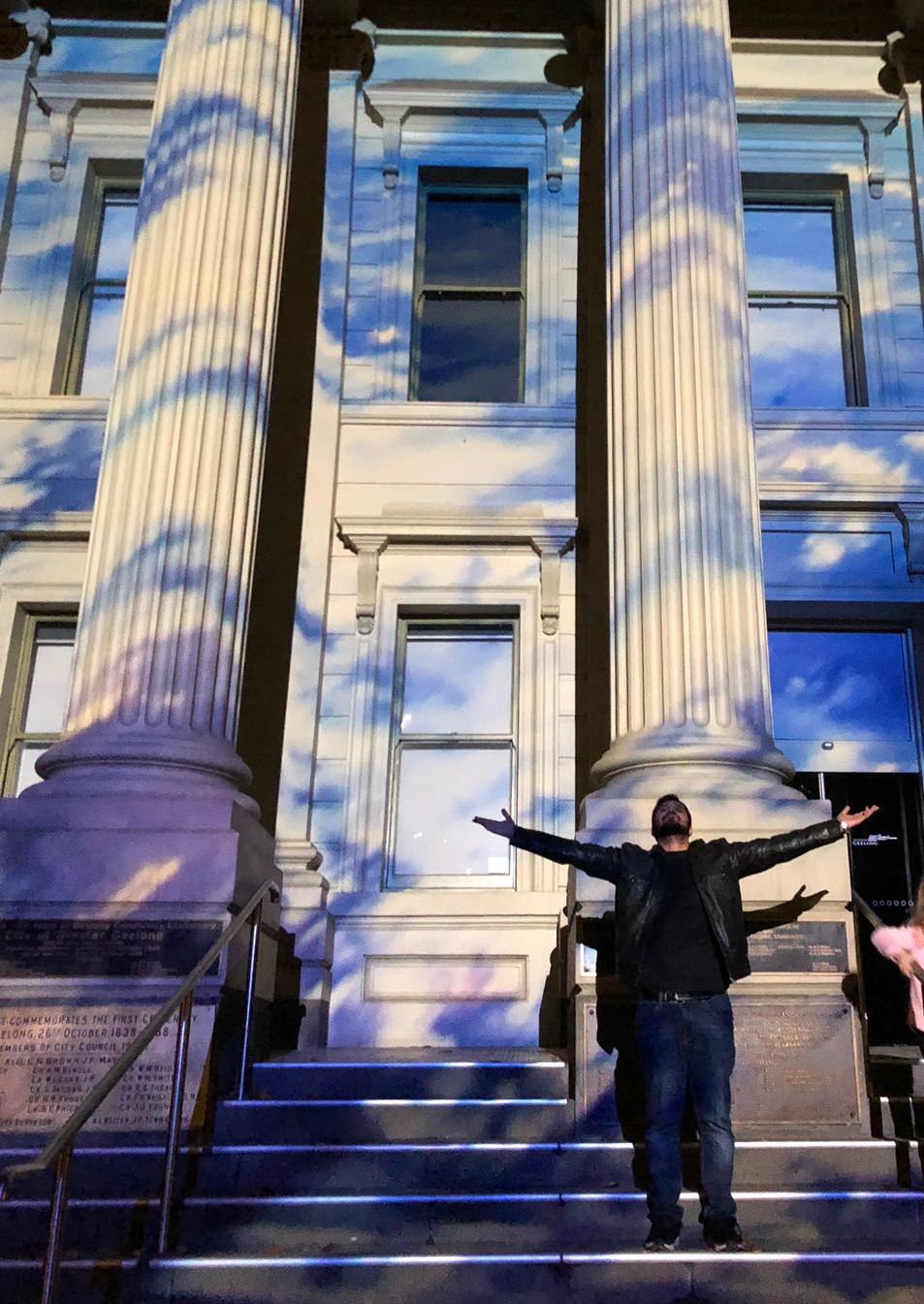 We then walked on through Little Malop Street where we assembled with The Avengers in Johnstone Park and obviously took loads of photographs. This had to be the highlight of the night because everyone in the park was enjoying themselves to their fullest, dancing and singing different songs while a group of people as “ants” were bringing everyone towards a theatre for a final performance. The theme of the piece was “Earth” and to no surprise the actors at the theatre did a fine job in making it even more exciting than expected. 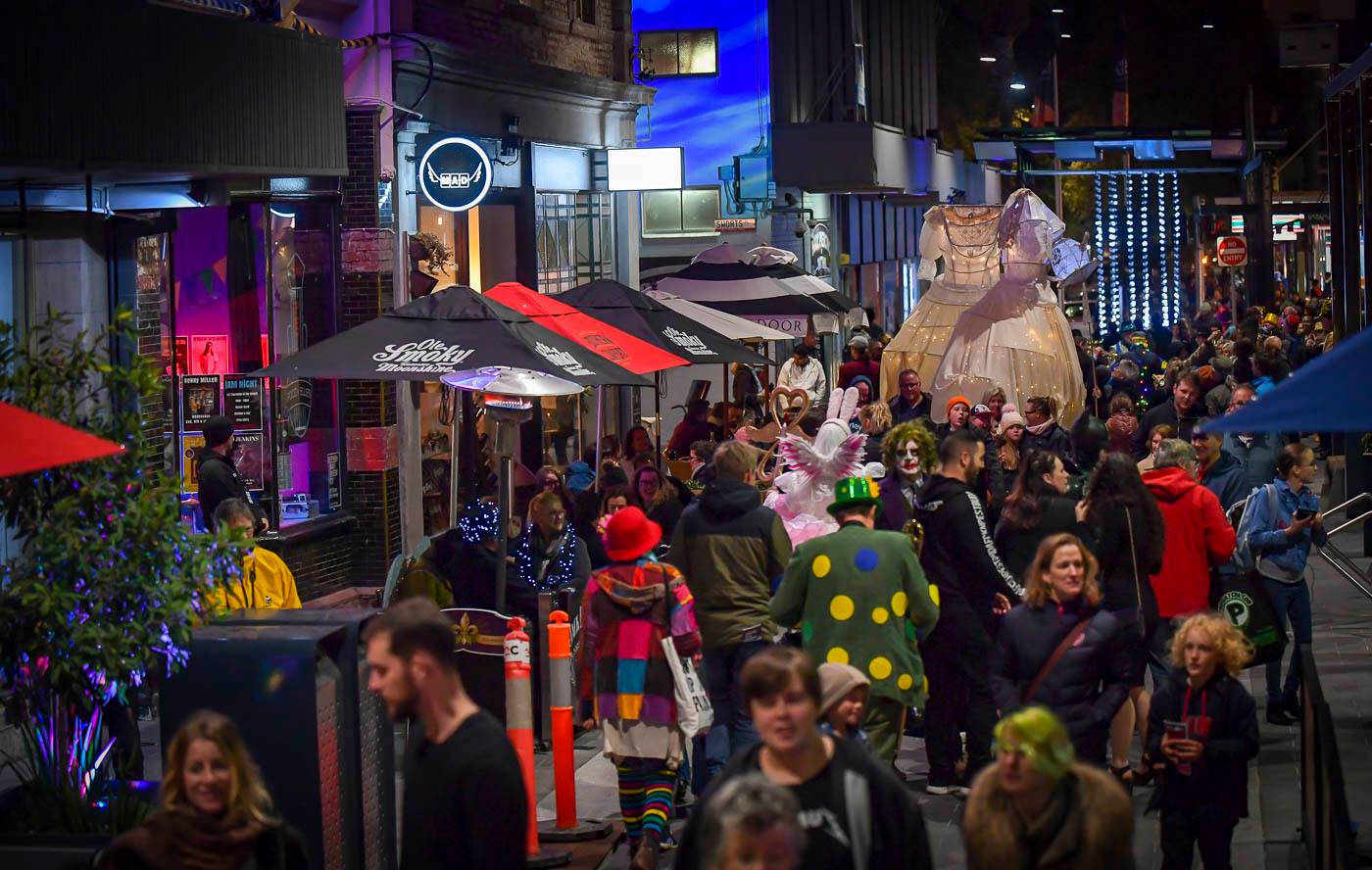 Overall it was an exhilarating event with lots of projections on multiple buildings and walls, abstract street art, theatrical performances, costumed characters, music and dancing. I along with my mates had a lot of fun discovering Geelong that day and would definitely not miss next year’s event.