Plants and Trees in Geelong

I am undertaking a patisserie course at Gordon TAFE. Around July to August this year, there was a unit about sugar work which is about making decorations with candies. We were taught how to make flowers, like how to shape petals and how those petals lay next to each other. During the unit I started to study flowers on the street more carefully such as looking at the shape of petals or counting the number of petals. Through doing this, I recognized that there are so many unique and pretty flowers and blossoms around. I do love nature but I realized that I never look at trees and plants carefully when I walk around. Once I started intentionally seeing them, I found it very interesting.

So, an idea came to me to introduce some of the plants we can see around Geelong, hope you enjoy! 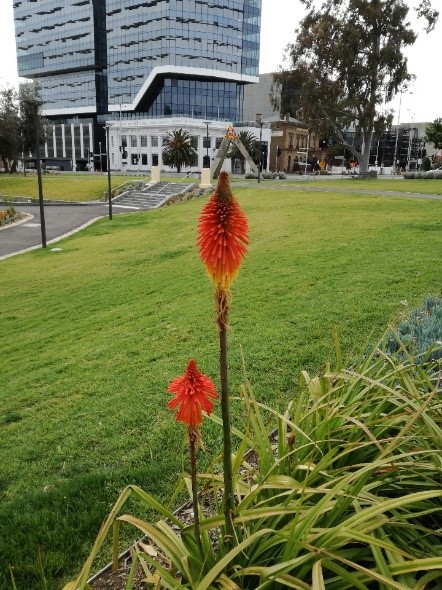 What a lovely flower! And yes, it really looks like its name, doesn’t it?! Or, because it is a family of lily, it is also called as ‘Torch lily’. They are of South African origin and Kniphofia is its scientific name.

What a wonderful name it is! Its scientific name is Strelitzia nicolai but I just love this common name. And look how beautiful they are! These superb birds also come from South Africa. 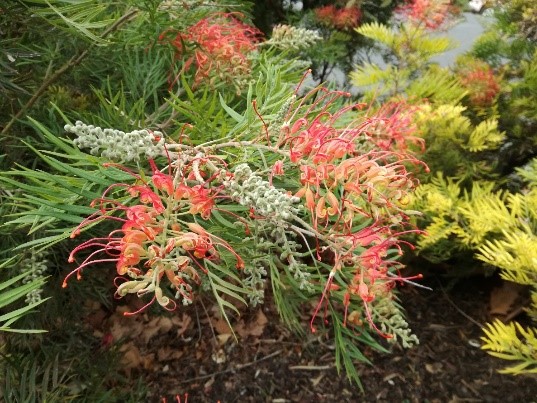 According to my research, Grevillea has genus of hundreds of species and lots of them are Australian natives. As they are one of the popular garden plants, they also have many cultivated varieties. I found they have unique names like as ‘Pink Midget’, ‘Bonfire’, ’Moonlight’ or ‘Scarlet Sprite’. I believe the one in the photo is ‘Mason’s Hybrid’ which is named after the person who registered it but it is also called ‘Ned Kelly’. If you don’t know who he is, he is probably the most famous bushranger in Australia. I couldn’t find out but I am very curious… why is it named that?

There are tens of thousands of succulent plants in the world. I believe the ones in the photos are Aeonium genus. According to Wikipedia, the genus name comes from the ancient Greek "aionos" which mean “ageless”. Most of them came from the Canary Islands. They also have pretty common names such as ‘Pinwheel Desert Rose’ or ‘Irish Rose’ 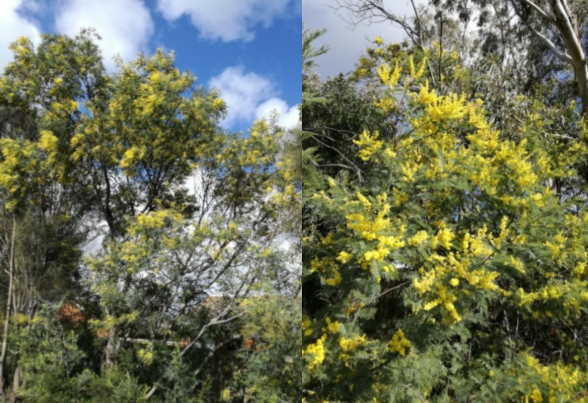 What is the national floral emblem of Australia? The answer is this, acacia! They are commonly known as wattles and, specifically, the “Golden Wattle” is the Australian national flower. Look at the beautiful and bright yellow flowers! In Australia, people celebrate ‘National Wattle Day’ on 1st of September. 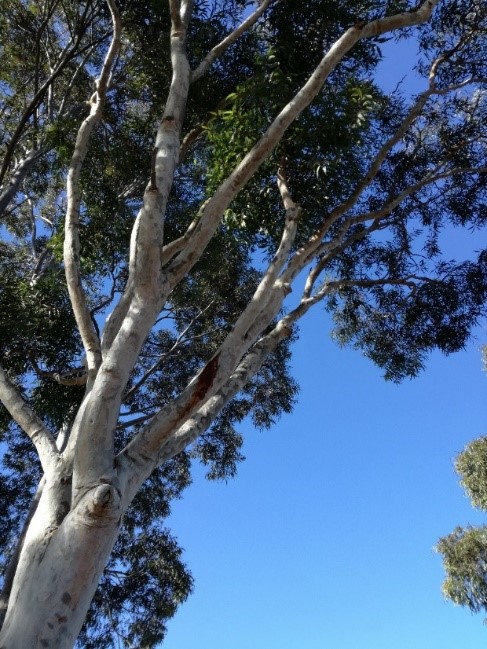 The only thing I knew about eucalyptus was that it is the koala’s favorite meal! But now I have learned that it is an iconic tree in Australia for many reasons. First of all, most eucalyptus species are native to Australia, especially eucalypts, which is the term used of the three genera of Eucalyptus. They occur in three-quarters of native forest in Australia. Eucalyptus trees are commonly referred to as “gum trees” because of their gummy exudation  It was one of the important trees among indigenous Australians for mainly medical uses but also their musical instruments, didgeridoos, is made from this trees. 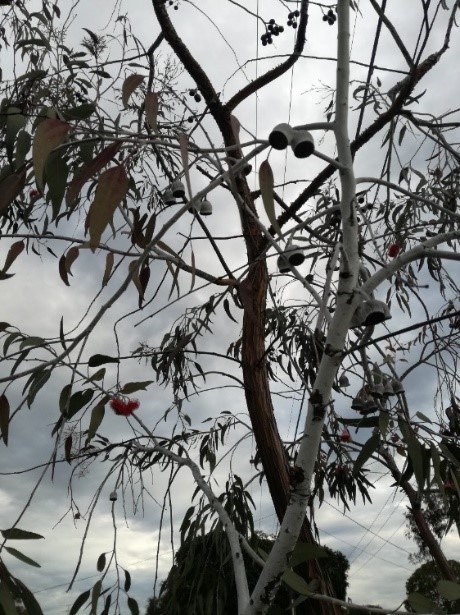 This species is called ‘Silver princess’. What a cool name and it literally looks super cool. It has become my favorite tree in here.

Eucalyptus trees have beautiful flowers and their nuts are looks pretty, too! 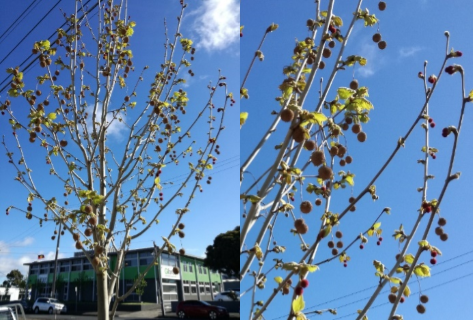 This strange spiky pompom captured my eyes. I found out that it is called liquid amber and is also known as sweetgum. What a curious but very pretty nuts they have! 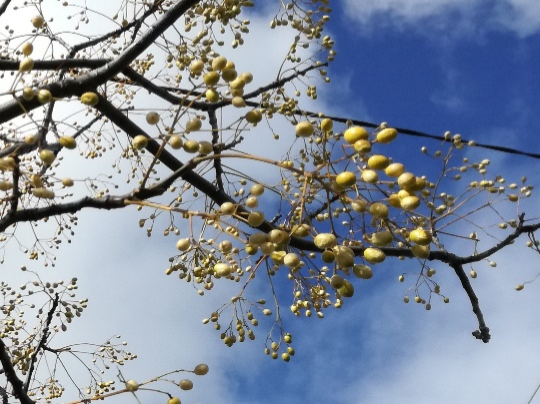 Now for curious fruits., I wondered what this little pretty yellow thing was. Melia azedarach was the scientific name of it but it is known as many different names such as Persian lilac, bead-tree, chinaberry and umbrella tree. I like to call it bead-tree. 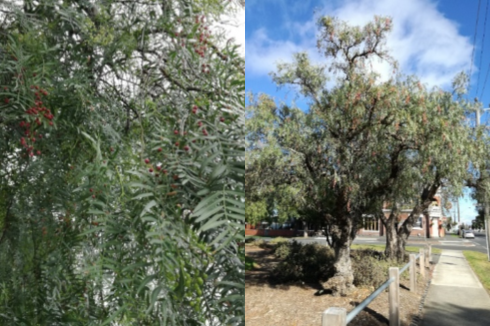 Have you realized that pepper trees are growing on Geelong streets?! This tree produces pink peppercorns! However, pink pepper is actually unrelated to true pepper. They are members of the cashew family instead. Wow, I didn’t know that.

For now, this is all I know about plants and trees in Geelong. If you start looking them up, you will notice as I do, that they change their appearance with the seasons and that will entertain your eyes all the time. As everybody knows, Australia is a land of  great nature. Even if you don’t have time to go to national parks to see plants, you can see a little of them everywhere. So why don’t you sometimes stop looking down for checking your phone and look upon the side of streets a bit more carefully than usual? Because there are beautiful natural things going on all around us in Geelong.