Geelong is fortunate to have so many quality educational institutions that are registered with the Government to offer courses to international students. Whatever stage you are on your educational journey there are many options to choose from.

The AQF has 10 levels and links school, vocational and university education qualifications into one national system. This allows you to move easily from one level of study to the next, and from one institution to another, as long as you satisfy student visa requirements. It allows for choice and flexibility in career planning. All qualifications in the AQF help prepare you for both further study and your working life.

Our institutions are linked across the country and across the world, which makes it easy to move throughout the education system between courses or institutions and formal agreement and recognition frameworks mean every step of the path will contribute to your future no matter what your study or career goals.

Multiple study pathways and exit points exist between secondary school, TAFE and university. Each stage of study brings its own qualification and can be the completion of your studies, or it can provide a pathway onto the next stage.

Your current year and skill level will determine what course level or institution you are eligible to apply for. Where you finish will depend on the career outcomes you’re hoping to achieve. 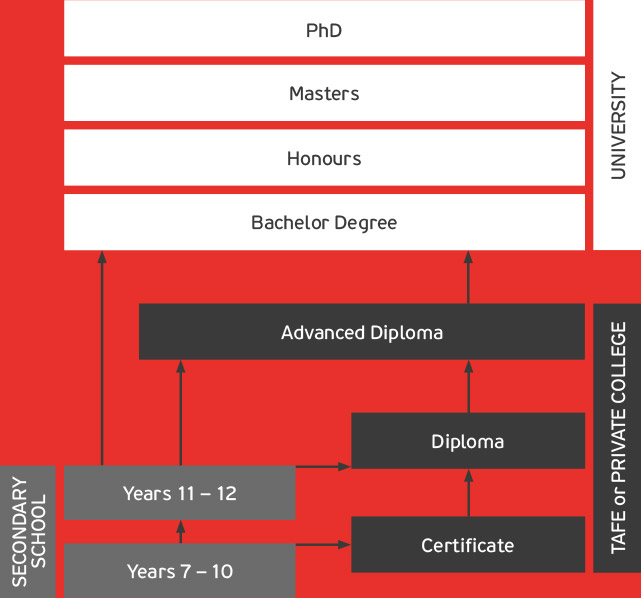